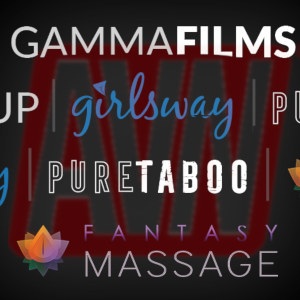 “We are over the moon about every one of these nominations, and so grateful to AVN for acknowledging our efforts this past year,” said Bree Mills, Gamma Films’ Head of Production.

Pure Taboo took in 57 award nominations for its drama-heavy ‘forbidden lust’-themed studio and site, with 27 of those for acting. Its big-budget Anne: A Taboo Parody brought in 11 nominations (with a Best Actress – Feature nod to Eliza Jane), while A Trailer Park Taboo collected nine, including Best Drama. Anthology series Future Darkly picked up seven noms, and The Weight of Infidelity got four.

All-girl erotica studio Girlsway was honored with 22 nominations, with eight of them for Fantasy Factory: Wastelands, including Best Action/Thriller and Best Actress – Feature to Abigail Mac.

Gamma’s new studio Adult Time snagged a nomination for its Girls Under Arrest series (for Best Lewd Propositions Movie), Fantasy Massage director Billy Visual earned a nod for Best Director – Web/Channel Site and Pretty Dirty’s The Dollhouse/Fucked Up is up for Best Featurette.

Webmasters can win big bucks promoting all these future award-winners by signing up now with FameDollars,com.