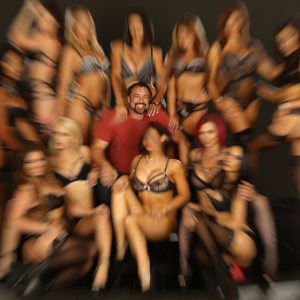 (Hollywood, CA) November 21, 2018 – Adult Superstar and internet phenom Vicky Vette and Hall of Fame director and photographer Miles Long are happy to announce the VNA Network has inked an internet development contract. The partnership starts with two new websites that are currently under construction with planned launch dates in early 2019. Long was just nominated by XBIZ for Director of the Year – Web and by AVN for Best Oral Movie for POV Mania 12 and Best Director – Web, while Vicky was just nominated by XBIZ for Webstar of the Year and Business Woman of the Year.

Recent years have seen Long shifting from working for other companies to producing and distributing his own content such as the POV Mania series. Other endeavors include a successful independent record label.

For the last nine years, Vette has run the VNAGirls.com Network for stars such as Julia Ann, Jelena Jensen, Penny Pax, Nikki Benz, Deauxma, Sara Jay, Carmen Valentina, Angelina Castro and more. This year the VNA is having another stellar year launching the official sites of Maxine X, Jenna Foxx, Natalia Starr, Kendra James, Rachel Storms and Samantha Grace (with more on the way). She also operates a membership site cam circle platform for solo girls – VNALive.com – which is used by 60+ girls with solo sites around the world which has broadcast 18,000+ membership shows.

“I have been looking for a while to raise my brand on the internet by partnering with someone and frankly one name kept coming up as a recommendation – Vicky’s,” said Long. “2018 has been amazing, and I’m looking forward to a huge 2019. I am excited to get my content out to more eyeballs!”

“It’s not often you get a chance to partner up with someone like Miles,” said Vette. “His existing content is top notch and his track record speaks for itself. We envision a very successful partnership with the VNA across a multitude of platforms.”

Girls and companies interested in partnering with the VNA can reach Vicky at Vicky@VetteNationLive.com

Webmasters can promote any or all of the VNA network sites by signing up with Vette’s own affiliate program, Sticky Dollars.