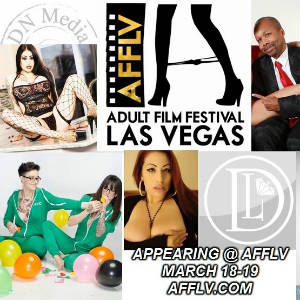 All the talent will be at Lou’s booth throughout the weekend, selling various items, including signed photos, DVDs, t-shirts, lingerie, skateboards, magazines, and more. They will be available for topless and nude selfies with their fans. And, Lou will have his trademark t-shirts for sale.

“I’m looking forward to being of this event and having a booth with such a variety of adult and mainstream talent,” says Lou. “Daejha’s events are always legendary and I know this year will be no exception.”

“I’m new to Vegas and am excited to be signing at Lou’s booth,” says Dylan. “If you’re in the area, you definitely want to stop by and buy my merchandise or take a very sexy selfie with me.”