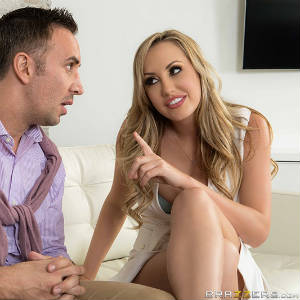 Posted to the site for a little over 24 hours, had received over 65k views and a 91% approval rating. The trailer is at https://www.newbrazzers.com/video/Last%20Dance%20With%20Brett%20Rossi/i41495/ and the uber-hot scene at http://www.brazzers.com/scenes/view/id/10582/last-dance-with-brett-rossi/.