Brett Rossi Starts Off Nominations Season with a Bang

Brett Rossi Starts Off Nominations Season with a Bang 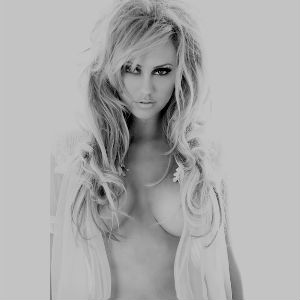 XBIZ was also enthralled with her performance in her showcase film – she received a nod for Performer Showcase of the Year, along with the coveted nomination for Crossover Star of the Year for her mainstream interviews and work outside the industry, along with her Thrillist.com column.

“Out of all my nominations during my career,” says Rossi. “I am most humbled by this one! ”

Fans can rock the vote for Brett to win Crossover Star of the Year by going to http://xbizawards.xbiz.com/voting/V25.php to cast their vote.

“I’ve been back less than a year, and to receive these nominations is incredible!” says Rossi. “I’m not only honored, but it also makes me want to work even harder. Thank you so much for recognizing my hard work and welcoming me back to the industry with welcome arms.”

Born in Fontana, CA, Brett Rossi is a true California Girl. At 14, a coach who directed runway shows for Gottschalks and Forever 21 stores scouted her. Brett accepted the challenge, doing runway shows and retail catalog shoots with her grandmother, a former Pepsi model, managing her career.

At 18, she began doing centerfold and glamour modeling. In 2010, she took on the stage name of Brett Rossi, posed for a variety of mens’ mags, and worked at the Playboy Mansion as a painted model to pay for college. In 2011, she became a national hit with her debut on Howard Stern’s radio show, was dubbed December Miss Howard TV, and hosted the December Howard 100 series on his SiriusXM channel. Also in 2011, she was named Playboy’s Cyber Girl.

By February 2012, she was Penthouse Pet of the Month, and signed a contract with Twistys to shoot girl/girl scenes. Her contract ended in 2013, and she left the industry to finish her nursing degree. Six months later, she was dating Charlie Sheen –  they were engaged in 2014 and later that year they ended their engagement. In 2015, she returned to adult, signing a contract with Kayden Kross’ TrenchcoatX to shoot her first boy/girl scenes. Now a free agent, she’s shot scenes for Digital Playground, Babes.com, Reality Kings, BangBros, Nubiles, PornPros, Brazzers, Mofos, Hustler, Wicked, New Sensations, Metro, Zero Tolerance, Kink.com, Girlsway, and Pretty Dirty.

The funny, sexy girl next door has graced the pages and covers of several adult publications including Playboy, Penthouse, Hustler, Cheri, and Club. Brett has scored four AVN Awards nominations for Best Girl/Girl Sex Scene, Best Oral Scene, Best Star Showcase, and Best Three-Way Scene B/B/G, along with 4 AVN Awards nominations for Crossover Star of the Year, Girl/Girl Performer of the Year, Best Scene All Girl, and Performer Showcase of the Year.

Keep up with everything in Ross’s world by following her on Twitter @imbrettrossi and her site www.BrettRossi.com, relaunched through the CrushGirls Network in March, 2017.

Club Owners and Managers can book Rossi for feature dancing through A-List Features by emailing Dave Michaels at dave@alistfeatures.com or 727.367.1002.

Rossi is available exclusively through OC Modeling. Get her on your set by contacting Sandra at 818.298.6939 or Sandra@ocmodeling.com.