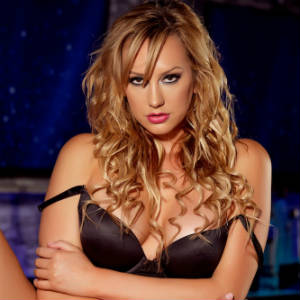 (Hollywood, CA) March 24, 2017 – Brett Rossi has relaunched her website through the CrushGirls Network, powered by ModelCentro.

Rossi personally runs the new site www.BrettRossi.com – she’ll be handling everything from editing video footage to scheduling content to producing her own scenes to designing the site, and much more. But most importantly, fans will get more of what they’re asking for, more Brett Rossi than ever before.

Rossi’s site will have some amazing features, including two weekly updates (Mondays and Fridays), her own personal blog, a calendar listing all her appearances, special member shows and private one-on-one cam shows, never-before-seen girl/girl and boy/girl scenes, exclusive high-res photos, and intimate private home videos. Rossi’s site has had a complete makeover allowing fans to interact with her like never before.

“It was really important for me to have complete control over every aspect of my official website, especially now in a business that’s more competitive than ever,” says Rossi. “I’m excited for my newly relaunched site because not only do I have more creative control on the product that I release, but I also have complete control of the backend – this means I’m heavily involved.

“I chose CrushGirls as my new site host because of their unique relationship with ModelCentro and the fact that they handle all my production, design, and editing. I wanted to be hands-on and have complete control of my site from everything down to scheduling my own content, choosing my own web design, blogging for my members, and giving my fans access to my personal calendar, so they can have the opportunity to meet me at my upcoming appearances.

“Most the content is personally edited by me, so everything has my own personal touch. I feel closer than ever to my fans and I look forward to hearing all the feedback on the new and improved BrettRossi.com!”

Members join Rossi’s site for only $29.95 a month with 30-day recurring billing. Rossi joins an incredible line-up of girls in the network that include Briana Banks, Jessa Rhodes, and Romi Rain.

Webmasters can promote Rossi’s new site by signing up for the ModelCentro-powered CrushGirls affiliate program.