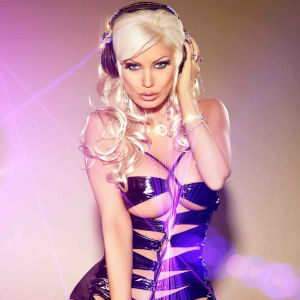 (Las Vegas, NV) October 16, 2018 – October is shaping up to be a busy month for Hall of Famer and acclaimed DJ Brittany Andrews (DJ Britstar) with a major appearance, dropping a new track, and an incredible directorial premiere.

The audience will be treated to one of her latest gems in her set. Britstar has teamed with Tok3n and Rodriguez to produce the House track entitled “Summer Nights“. The song is an absolute scorcher, an acme of body motion rhythms and soaring melodies that feels like a triumphant orgasm from beginning to end. There’s not a still foot on the dance floor when Andrews hits the tables. Britstar received her master certification in Ableton in NYC. Since then she has been laying beats and producing tracks with acclaimed musicians like Titus1 and Craig David. You can find her new track on iTunes, Beatport or her official Soundclound for a free download.

“I love to see people moving to my music,” says Andrews. “There’s something so incredible, so powerful about it. You touch the table and suddenly all the bodies out there are in your command. Thralls to my thrills, a goddess of motion and sound. It’s intoxicating.”

Part recollection of hot and wild lives, part life journey to new frontiers, the film focuses on Tera Patrick, Jenna Presley, Christy Canyon, Luc Wylder, Alexandra Silk, Bonnie Rotten, Hershel Savage, Priya Rai and Jenteal. Andrews shows an incredibly deft hand as director, coaxing these stars and their stories with a firm hand that highlights both the ups and downs of a strange and glamorous industry.

The film gives the series a chance to be shot from a woman’s perspective. Andrews, who has previously had films premiere at Cannes, brings technical skill and insider knowledge to the project that makes it the best of the trilogy so far.

“I’ve always loved the people in this business,” says Andrews. “They are so remarkable and alive. Showing that life is an honor, and something I am proud to have done. You get to see so much of people through this.”