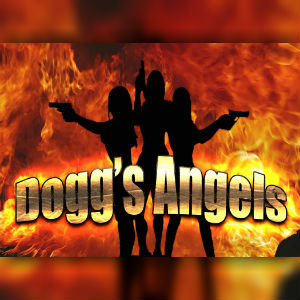 Now, the entire movie is available to everyone via Gamelink and will be a Gamelink exclusive for at least 90 days. Stream or download Dogg’s Angels at http://www.gamelink.com/s/adult-movies/p/435296/bad-girl-maffia-productions/doggs-angels.

“When I wanted to go with a company for VOD, Gamelink was my first choice – they’re well respected and I know my movie will do well with them,” says Haven.

“The movie has done well on my site, but I want everyone to be able to see the movie, not just members, so I can reach a broader audience.”

Haven has been doing many interviews to promote Dogg’s Angels. Make sure to tune into Gross Misconduct next Monday, October 3rd at 5:30pm PST/8:30pm EST, when Haven will discuss the film and also play their infamous tranny game.

Webmasters interested in promoting Haven’s and thousands of other productions can join the GameLink Affiliate Program; to promote Haven exclusively, there is the Kimber Haven Affiliate Program from ModelCentro.

To interview Kimber Haven for your site, publication or show, or to book her for mainstream projects, contact Erika Icon of The Rub PR.

With less than two years in the adult biz, she’s making quite a name for herself. You can see her scenes on a variety of Grooby websites and DVDs, WendyWilliams.com, Sexpose TV, and her own site through ModelCentro, Kimber’s Playroom. She also spends a lot of time camming on in her own Chaturbate room and lighting up the stage, featuring dancing. In 2016, Kimber won two 2016 Fetish Con Awards – Best Transgender Fetish Alternative Performer and Best Transgender Alternative Cam Performer.

When Kimber isn’t filming, featuring, or camming, you will find her rocking out on an electric guitar, doing stand-up comedy, binge watching Netflix and YouTube, and interacting with her fans. Keep up with everything in her world by joining her site, Kimber’s Playroom, at http://kimberhaven.com and spend some quality time in her Chaturbate room tskimber.com. Follow her on Twitter at @kimberhaven and Instagram at instagram.com/tskimberhaven, and like her Facebook Entertainer Page at https://www.facebook.com/Kimber-Haven-656981584403857/.

No spam, notifications only about new products, updates.
PrevPreviousBrooklyn Chase Lets You Know Who This Girl Is in New Twistys Scene
NextYNOT & Dr. Chauntelle Need Survey ParticipantsNext
On Key