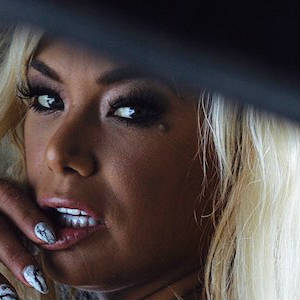 Her long-time friend Tia Cyrus has set up a GoFundMe page to cover her hospital bills and funeral expenses in Los Angeles. Her family and friends would like to give her a funeral to remember and are asking her fans and friends in the industry to donate.

“I’m really devastated about her passing, but want to help her family give her an amazing funeral,” says Cyrus. “There has been a lot of misinformation floating around out there. Rather than discuss the details of her passing, I hope her fans and industry friends will donate to help cover her hospital bills and funeral. Her family and I would really appreciate anything you can give, no matter how small.”

The GoFundMe page is asking for $17k and in just one day of being up $1,500 has already been raised. For those who would like to contribute, the GoFundMe is https://www.gofundme.com/help-us-put-shyla-stylez-to-rest. Many radio shows and podcasts have been promoting the page, as well as industry and fans on social media platforms.

Shyla also graced the pages and covers of Hustler, Playboy, Club, Private, High Society, Cheri, Swank and many more, and was a Penthouse Pet. Her role in Digital Playground’s Pirates II further etched her legend status. And in 2010, Maxim named her one of the top 12 performers in adult.

Any questions about the GoFundMe campaign for Stylez can be directed to Erika Icon at erika@therubpr.com.

No spam, notifications only about new products, updates.
PrevPreviousVicky Vette Earns Third Businesswoman Of The Year Nomination From XBIZ
NextShemale Strokers Strips & Splooges Its Way to 90th Milestone!Next
On Key