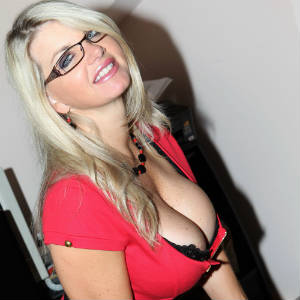 (Hollywood, CA) November 12, 2017 – Vicky Vette is proud to announce she has been nominated for Businesswoman of the Year by XBIZ for a third year at the upcoming Adult Industry Executive Awards, to be given out during the XBIZ Summit in January at a ceremony on the famed Sunset Strip at the Andaz Hotel in Los Angeles.

The year since her last XBIZ nod has been another busy one for Vette, who launched the official sites of Lauren Phillips, Samantha Rone, Nina Kayy, Cristi Ann, Rome Major, as well as niche destinations AllAnalAlltheTime.com, FuckedFeet.com and Kink305.com.

Vette is the only female in adult to independently own and operate a website network without corporate partners in the form of VNAGirls.com, home to stars such as Julia Ann, Jelena Jensen, Penny Pax, Nikki Benz, Sunny Lane, Sara Jay, Carmen Valentina, and more. She also operates a cam platform for solo membership girls, VNALive.com, used by over sixty models with solo sites around the world who’ve broadcast more than 12,000 individual membership shows.

Vette still shoots and performs for her own popular Official Site, VickyAtHome.com, nominated by both XBIZ and AVN last year for best website honors, and her partnership with Doc Johnson saw her new Vicki Vette MyMainSqueeze.com personalized men’s toy released earlier this year.

“I’m proud to be one of the few ladies in the business who oversees and webmasters in a role typically dominated by men,” said Vette. “Let’s be honest, how many females do you know who webmaster in adult? It is not an easy business to be a ‘business woman’, so to be nominated three years running is gratifying. The VNA network is celebrating 8 years and thirty-plus sites this year. Thanks to anyone who nominated and/or voted for me! Hopefully the 3rd time is a charm this year. I’d love to win, but the other girls nominated are terrific too.”

Vette is a two-time XBIZ Webstar of the Year (2012 and 2013), Miss Freeones 2012 & Hall of Fame recipient from Nightmoves. She won the 2014 AVN for Best Solo Girl Website and 2014 XBIZ Award for Best Performer Website. She is still one of the most followed adult stars on twitter with over 785,000 followers. (Follow this link for a fuller list of Vicky Vette’s awards and nominations)

The XBIZ Exec Awards spotlight outstanding individuals who play an essential role in the success of prominent brands. The award categories cover a range of occupations that make up the organizational chart of industry enterprises, covering business development, marketing, management, and more.

The full list of nominees and links to vote can be found at XBIZ.net.

Enterprising webmasters can affiliate with the adult star and stellar businesswoman by promoting any or all of the sites under her StickyDollars affiliate program.