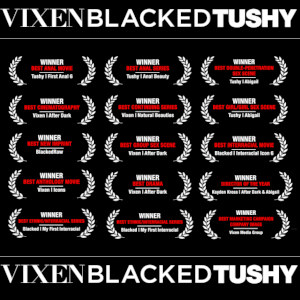 “Winning these awards has so much significance for me as a woman and as a performer,” Kross said. “These two qualities have defined the way I approach my work as a director, and I can’t thank the voters enough for the critical validation. Greg and Vixen Media Group made this possible. Without their support, I never would have had the projects I needed to show what I’m capable of.

Greg Lansky was a mentor and a motivator through what has been the most fast-paced year of my life. I want to thank both him and the team he’s assembled. They’re the best out there, and I know they’re the reason I’m here now.”

In addition, Kross was honored with the Director of the Year – Body of Work award and was also inducted into the Video branch of the AVN Hall of Fame. Blacked.com exclusive contract star Jason Luv won for Best Male Newcomer. And Vixen Angel Ivy Wolfe secured a win for Best New Starlet.

Webmasters can cash in on the imprint’s masterful work by signing up with the MadCheddar.com affiliate program.