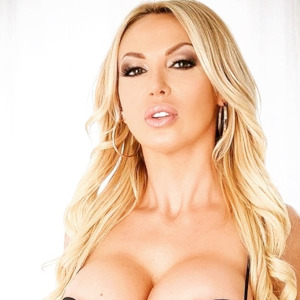 (Hollywood Ca) December 7, 2018 – Superstar Nikki Benz is happy to announce that she has just dropped a new scene with Missy Martinez available to download or stream at NikkiBenz.com, the first between the two stars.

Nikki has another busy month of feature appearances to close out the year. This weekend she heads north of the border to Canada to appear tonight, Friday and Saturday, December 7 and 8 at Entice Ultra Club (enticeultraclub.com), 1325 Eglinton Ave East Mississauga, Ontario. She then heads to Blush Pittsburgh, 135 9th St, Pittsburgh, PA 15222 on December 13, 14, and 15.

Nikki will be available for pictures, autographs and lap dances and will have videos and her exclusive Fleshlight available to sign.

Nikki is a Hall of Famer and Penthouse Pet of the Year and one of the very few adult starlets with verified accounts on Instagram (2.7 million followers), Facebook (over 2 million likes) and Twitter (over 872,000 followers) and is also one of the most viewed adult stars on SnapChat (user: benzmafia). A Fleshlight girl, Benz’s Official Site is part of the VNA Girls network.

“Obviously shooting with Missy is a blast,” says Benz. “We’ve known each other for a while but never an actual scene. The new scene rocks and fans are already buzzing how good it is.

“Hard to believe we are almost at 2019. 2018 is going out with a bang. I hope my fans enjoy the new scene and come out to my final appearances of the year. It’s going to be cold in Canada and Pittsburgh. Come warm me up!”

Fans can catch Benz on cam at her next exclusive NikkiBenz.com Members-Only show on Monday, January 3 at 10pm est / 7pm pst / 3am gmt, and at Camsoda – times and shows to be announced on her social media. Benz is also appearing at the AVN/AEE Show, signing at the Jules Jordan booth.