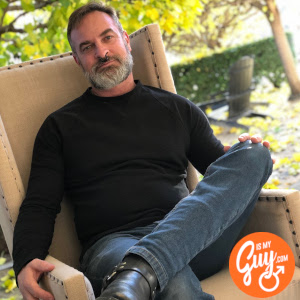 Weston brings more than 30 years’ experience in the adult industry – both in front of and behind the camera – to his new role at IsMyGuy.com. He began his career as a sought-after model who launched his own distribution company before shifting gears to direct films for Falcon Studios and COLT Studio Group – becoming the latter’s Marketing Director for over 12 years.

“IsMyGuy promotes all of our models to our massive social media following of over 35 million fans, provides 24/7 model support and assists in marketing themselves to the best of their abilities,” said Weston. “Our goal is to foster and grow a tightly knit and diverse community of models from around the world.”

Nearly two years after launching its social web app for empowered women, IsMyGirl has added the new male vertical to its network of communities. More than just a fan platform, IsMyGuy is intended as “the ultimate premium destination for male models, influencers and photographers looking to monetize their exclusive content and interact with fans,” said a company representative.

“We promote all of our models to our massive social media following of over 35 million fans, provide 24/7 model support, and help our models market themselves to the best of their abilities. Our goal is to foster and grow a tightly-knit and diverse community of models from around the world.”

A natural fit to steer this soon-to-be iconic male brand, Weston “is well-versed in seamlessly working with both models and producers. We believe that leaving a model isolated and alone to promote themselves is disrespectful. We are here to partner with our models on IsMyGuy to help them grow their following and personal brands, and look forward to the future growth of IsMyGuy with Kristofer Weston steering the ship.”

“That’s just what IsMyGuy does — it allows for more engagement for both the model and the fans so you can really get to know the personality behind your favorite model,” Weston added. “That’s what I really want both as a fan and a model.”

To learn more about IsMyGuy, visit IsMyGuy.com and Twitter @IsMyGuy.