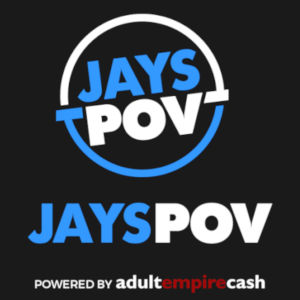 “We have had a great relationship with Jay for many years now,” said Adult Empire Vice President Colin Allerton. “His content is in high demand, and he’s the consummate professional, so it was the natural progression of things to grow our business together.”

“I have always loved partnering with Adult Empire and have done some of my best work over the years with their support and guidance,” said Rock. “It is an honor to work with one of the best teams in the business. Working with Adult Empire gives me confidence that my project will have maximum exposure and impact!”

“I was so excited when Colin approached me about collaborating with Jay Rock on his site, JaysPOV.net,” said AdultEmpireCash Director of Affiliates Daniel Chura. “These are some of the best-shot and well-received POV scenes out there, and Jay just keeps stepping up his game! We are super excited to have him on the AdultEmpireCash team!”

Jay Rock joined the industry in 2009. Since 2010, he has made his name with a popular series of point-of-view movies. Rock has collaborated with Adult Empire before, when he directed several movies and scenes for AE Films, starting with Scarlet Red, in 2014.

Adult Empire Cash is the affiliate arm of Adult Empire, 13-time winner of AVN’s Best Retail Site award. It operates membership sites and stores for some of the industry’s most popular stars and studios.