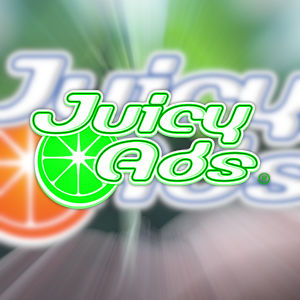 (Vancouver, Canada) April 22, 2020 – JuicyAds is proud to announce it is celebrating its 10th year committed to being carbon neutral, ever since it was the first adult advertising network to do so in 2011. Before COVID-19, JuicyAds was one of the few large adult industry companies that maintained an entirely remote workforce. It placed the company in a unique position to maintain a small carbon footprint while battling global emissions.

Last year (as part of a three-year plan) JuicyAds committed to plant a minimum of four acres of Empress Splendor trees each year. The Empress Splendor is a non-invasive and fast-growing hybrid that consumes 11x more carbon dioxide than any other tree on Earth. Now, a year later, JuicyAds is pleased to report it has completed the first round of tree plantings, marching towards offsetting 1,200 tons of greenhouse gasses annually.

More recently, the JuicyAds Cares program, which combines both charitable donations and initiatives, surpassed an incredible $100,000 in initiatives. The current primary focus is making distributions supporting entrepreneurs living in poverty, so they can work on their businesses to help them help themselves.

In January, for the first time in its 14-year history, JuicyAds has become an official Crusader member of ASACP.com, the industry-lead organization battling child exploitation.

This past March, as part of World Water Day in March 2020, the company paid for each Retweet of its fundraiser on Twitter, which resulted in a $400 donation towards providing people with clean water. Shortly thereafter, the company began a new monthly scheduled donation supporting the Charity Water organization to fund clean water projects around the world.

“When we started this, I always dreamed we would get to a big number we would be proud of,” said Juicy Jay, CEO and Founder of JuicyAds. “I think we finally made that dream come true, but we are not done yet with our investment in the planet and its people.”

JuicyAds (the Sexy Advertising Network) is the most award-winning adult traffic service, specializing in Banner Ads and PopUnders. Of its 25 awards, JuicyAds was recently named 2020 Best Traffic Services Company of the Year. With over 14 years experience in the advertising business, JuicyAds offers fully managed campaigns lead by industry veterans, and also provides an easy to use self-service platform located at www.JuicyAds.com.