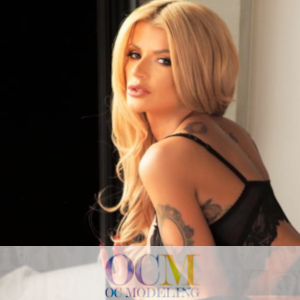 The East Coast bad girl with epic curves, beautiful ink, and an amazing rack became an immediate star in the adult industry shortly after college. She has been spotlighted by the mainstream with appearances on high profile television and radio shows like Howard Stern, E! Entertainment TV, World Series of Poker, Inside Edition, and CNN, and magazine covers including Vanity Fair, Allure, Hustler, and Playboy.

“I’m excited to be back with my team again… let’s make magic happen,” says James.

“She’s BACK!!!! Amazing performer, and amazing person – I can’t say enough about Joslyn… and YES, we will make magic!!” says Sandra McCarthy, Co-Owner of OC Modeling.

Webmasters can cash in on James’ return to the realm by joining PornstarPlatinum.com, the official affiliate program for DeepInsideJoslyn.com.