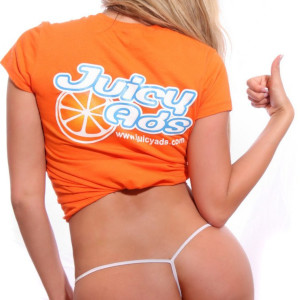 (Vancouver, BC) August 28, 2018 – Native advertising is quickly becoming one of the most popular ad types in the digital world, and JuicyAds recently added them to it’s offerings for both advertisers and publishers and has now solidified pricing.

Though somewhat slow to be adopted by the adult industry, the mainstream momentum and impressive statistics are making adult marketers pay attention.

“We believe that Native Ads are JuicyAds at their core. JuicyAds was started on the concept of highly attractive ads to drive volume versus boring text ads. Native Ads are the best of both worlds. The attractiveness of clicky images with the informative and highly targeted nature of text ads. They are a perfect compliment to the JuicyAds network and our clients obviously think so, too, based on the tremendous growth,” explained Juicy Jay, CEO and Founder of JuicyAds.

The growth on the JuicyAds platform since the ad type was introduced in March has been significant. From initial launch, the ad network saw a 30,637% growth rate in the span of just the first three months.

The benefits are plentiful for both advertisers and publishers. Advertisers can produce Google-compliant ads, see up to double CTRs, and increased ROIs. Publishers can potentially double their earnings, comply with Chrome guidelines, avoid ad blockers and offer more relevant ads on their sites.

No spam, notifications only about new products, updates.
PrevPreviousTheCashMatch by Teknology Secures Gold Sponsorship at The European Summit 2018
NextxPreroll Is Now Available for All Publishers with TrafficStarsNext
On Key