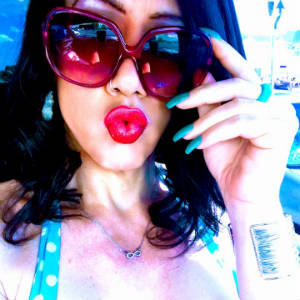 Haven has received her first Urban X Awards nominations for Best Transgender Performer and Best Transgender Site for her ModelCentro site, Kimber’s Playroom, kimberhaven.com. To win the Urban Award, her fans will have to rock the vote. They can vote for her now through August 8th at http://urbanxawards.com/voting/. You may only vote once per IP.

“I am so psyched that I am up for two Urban X Awards,” says Haven. “I have the best fans and this wouldn’t be possible without them and their support. I hope they will vote for me again and help me win. I’d also like to thank all the amazing people at the Urban X Awards.”

The Urban X Awards are set to take place on Sunday, August 20th at Stars on Brand in Glendale, California. Some of the biggest stars in adult are slated to attend and walk the red carpet, Haven among them. Find out more about the awards and events by visiting http://www.urbanxawards.com/.

Webmasters can campaign and cash-in on Haven and the award-nominated KimberHaven.com, by signing up with her ModelCentro affiliate program.