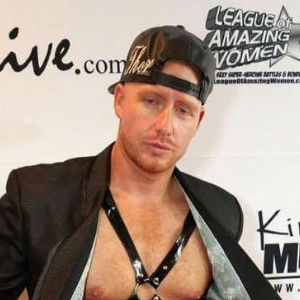 (Hollywood, CA) Bad Girl Mafia Productions might be one of the new t-girl studios on the block, but they’re garnering a lot of attention from critics and fans.

Their first movie, Dogg’s Angels, featured stud Thor Johnson playing a pivotal role in the film as an arms dealer that included a sex scene with star Kimber Haven. His scene was one of the most memorable in the film.

Now Bad Girl Mafia has signed him as their very first contract star to a six-picture deal that will include The T Team and the next installation of Dogg’s Angels, along with four non-disclosed upcoming projects.

Although Johnson is now part of the Bad Girl Mafia, he’s still allowed to work with other companies in this non-exclusive contract.

“I’m looking forward to joining the Bad Girl Mafia and working with Kimber Haven,” says Johnson. “Those sexy bitches are on their way to the top. I support them and the trans community.”

“We’re excited to make Thor officially part of the Bad Girl Mafia family and our very first contract star,” says Haven. “As we grow, we add more contract stars. So, don’t take your eyes off us, and potentially miss something great.”

The SFW work trailer for The T Team is now available and can be viewed on YouTube at https://www.youtube.com/watch?v=CaLQ-vWdnAk.

To interview Thor Johnson for your site, publication or show, contact Erika Icon of The Rub PR at erika@therubpr.com.

With a little over two years in the adult biz, she’s making quite a name for herself. You can see her scenes on a variety of Grooby websites and DVDs, WendyWilliams.com, Sexpose TV, and her own site through ModelCentro, Kimber’s Playroom.

When Kimber isn’t filming, featuring, or camming, you will find her rocking out on an electric guitar, doing stand-up comedy, binge watching Netflix and YouTube, and interacting with her fans. Keep up with everything in her world by joining her site, Kimber’s Playroom, at http://kimberhaven.com and spend some quality time in her Chaturbate room: tskimber.com. Follow her on Twitter @kimberhaven and Instagram at instagram.com/tskimberhaven, and like her Facebook Entertainer Page.

To interview Kimber Haven for your site, publication or show or to book her for mainstream projects, contact Erika Icon of The Rub PR at erika@therubpr.com.

To get Kimber on your set, shoot her an email at kimberhaven@gmail.com to book her directly and without agency fees.