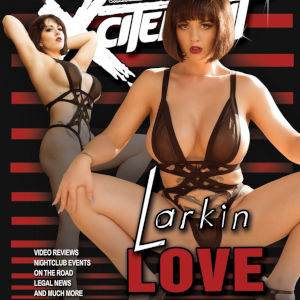 “Thank you, Xcitement, for giving me the cover and feature – it looks amazing!” said Love. “I will have signed copies for sale at all my upcoming tradeshows, if you don’t pick one up at a Florida gentlemen’s club. Either way, I will personally sign the magazine for all my fans!”

Xcitement magazine can be found in gentlemen’s clubs throughout Florida, in addition to the digital version which can be viewed on their site at http://www.xcitement.com/.