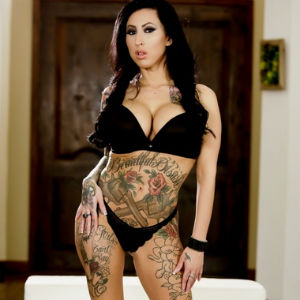 Lane got her start in adult working for Burning Angel, and since then she’s appeared on multiple DVD covers, continues to be cast in many of their films, and is one of their favorite models. Lane’s also worked with many other top studios, including Evil Angel, Filly Films, Zero Tolerance, Kink.com, Cherry Pimps, and B Skow for Girlfriends Films.

In 2016, Lane scored nominations from the Inked Awards for Best Tits and Best Ass and a Best Group Sex Scene from the AVN Awards.

“I’m so excited to be back with my OCM family,” says Lane. “I’m ready to make this an AMAZING year!”

“I’m so excited to have Lily back with the family,” says Sandra McCarthy, Co-Owner of OC Modeling. “We’ve missed her and plan on some really big things for her this year. She’s looking incredible and her scenes are top notch! We’re lucky to have her!”