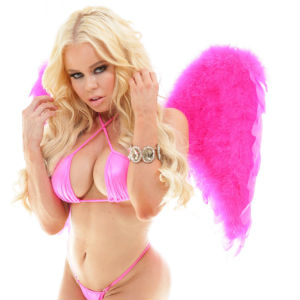 Shot in 4K, Delano is paired with Logan Long. The premise of the scene is that Delano isn’t getting enough action since her husband travels too much. A sex toy won’t cut it, so Delano’s friend tells her to try a website for lonely wives. Delano finds a sweet treat and they decide to hook up. When she sees his giant member, she gets so turned on that she lets him fuck her in the ass. Delano becomes a cheating wife, who gets the pounding of her life. And if her husband starts faltering on giving her the D again, she’s got Logan on speed dial for more encounters.