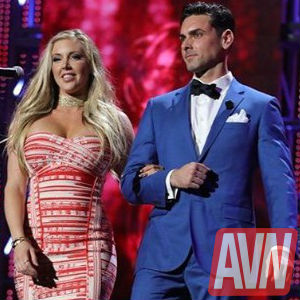 (Hollywood, CA) Ryan Driller recently sat down with the infamous Captain Jack of Adult DVD Talk. It’s rare that the Captain does an interview with male talent, but Ryan isn’t your typical male talent – the leading man is one of the most in-demand male talents, has played Superman more than six times, and won multiple awards over the last few years, including XBiz Male Performer of the Year.

Captain Jack met Ryan in person at AEE and discussed topics like how he got his start, his first audition/scene, how sex on camera varies from “real life” sex, and how he got to fulfill his ultimate fantasy of working with Superstar Lisa Ann. The interview also features photos of him from the trade show, red carpet, and presenting during the awards show. Check it out at https://interviews.adultdvdtalk.com/ryan-driller-aee2017/.

“I’m honored that Captain Jack interviewed me – it’s really a rarity that he interviews guys,” says Driller. “It was fun and he asked me questions that I rarely get asked. The interview came out great, and I’m loving the pics he found from the trade show and awards.”

Ryan also has three new scenes on Naughty America, including a scene with Nicole Aniston for Naughty Office. Driller plays a perv, and his boss, big-boobed Aniston, catches him recording her crotch and panties under her desk. So she decides to teach him a lesson by fucking him on her desk. Watch the trailer and the full scene at http://tour.naughtyamerica.com/scene/nicole-aniston-22293?nats=4.4.8.8.1169.0.0.0.0.

Webmasters can profit from the debonair Driller’s success by joining the NaughtyRevenue, which also offers much more than your average affiliate program.