Not Playing With Fire: Members Area Traffic in Europe 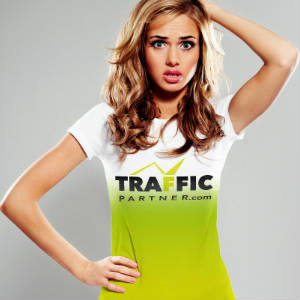 (Europe) July 30, 2017 – New momentum and directions do not easily relate to growth possibilities, as many businesses are simply afraid of spending resources for an uncertain or even negative outcome.

However, TrafficPartner.com is confident members-area traffic is a profitable and easy to integrate solution, which is becoming available on the European Market over Grand Slam Media and Adnium signing with them. The companies recently announced their epic business venture and first steps soon to be taken, offering interested parties ways to create new and controllable revenue streams.

“We believe that members area traffic could very well be the next big thing for adult and casual oriented sites coming out of Europe,” says TrafficPartner.com’s CEO Michael Reul. “Sure, it’s always a demanding and sometimes risky process to bet on the right trends, grow alongside with them and remain on top, but we’re certain that working with members-area traffic is not akin to playing with fire. Especially when the technical setup is literally child’s play and tests have rendered it bulletproof in terms of risks.

“You don’t see TrafficPartner.com offering traffic for the first time in company history without a solid reason to do so.

“The landscape in the US and Europe has always been diverse. Traffic swaps between competitors, exchanges of users and cross sales always played a paramount role in the US, yet not so much in Europe,” says Reul. “TrafficPartner and its subsidiaries have been around since 1998, but still just recently implemented selling members area traffic. Our Business Intelligence Team did set up extensive A/B/C tests in a couple of our products and intensively analyzed the test and control groups. We assumed a somewhat big drop in revenues from subscriptions and coin sales once we showed ads to our registered users. Even expecting them to be widely distracted from our products and drawn to other (competitor’s) offers.

“But after we ran tests for a couple of months on different sites, the surprising outcome was huge. At first, I couldn’t believe the numbers and asked our BI guys to crunch them again,” says Reul. “Still the result showed only very little decrease in subscription and coin revenue. Depending on the site, it showed minus 2% to minus 7%. The upside on the other hand was astonishing. The revenue we generated through Grand Slam Media was amazing. Between 33% and 46%, so the average upside was a statistical 30,5%. This is money that adds directly to our bottom line.”

It may come as a huge surprise to critical observers, who would fear a decrease in earnings and loss in subscribed members, but feedback of early experimentation has underlined interesting results:

“Even though I can fully empathize with some partners being rather cautious about this, in the end their initial skepticism combined with the higher revenues generated will most likely make all doubts obsolete,” says Make More Money manager Stinger. “Slight and overseeable reactions by subscribers after implementing ads. On top the numbers don’t lie and our experience allows for the following estimates. Small member areas with standard banner sizes, already having the possibility to turn five figure revenue. Bundling sites of this magnitude? Potentially turning it up a notch to six figures. If that’s not reassuring in terms of the given potential and possibilities? I don’t know what is!”

One of the earlier integrations happened in cooperation with Fuckbook.com’s CEO Fabian.

“When we first started out with our own media sales, we had our doubts, that the revenues from them would make up for a possible loss of subscription revenues. Because in the end, you are distracting your users. But after thorough and very detailed testing, we saw that the the subscriber revenues only dropped by a single digit percentage, ad revenues started to make up 25% of our earnings,” says Fabian. “One other big advantage was, we got a slight decrease of chargebacks, aligned with the decrease of the lower amount of subscriptions. This was a nice added benefit.”

Implementation is set to be handled with professional and dedicated care based on years of experience in monetization. Supposedly delivering individualized and context-sensitive ad material, suitable and appropriate for any customer product. Meanwhile, greatly advanced tech will influence which type of banners are shown, genres they’re promoting and of course, which user is experiencing them at what times.

This procedure has proven itself already. CPM estimates range from a steady average, only fluctuating $1,00 to $1,50 CPM, to a gigantic leap when it comes to maximum options of up to $10,00 CPM.

“There’s a great opportunity here, which has shown to work in North America,” says Grand Slam Media CEO Luke Hazlewood. “So, Europeans should find themselves adding another profit layer onto their existing revenue streams now, as this procedure is running globally already. Don’t miss the train. I mean, besides all lucrative options here, why wouldn’t you join the action and thus decrease chances of your customers finding appealing ad material somewhere else, when you can have them run with your offers instead and earn in doing so, right?”

And what would the fastest and easiest way be for EU companies that never monetized ads to run a test?

“The quickest and easiest way is to implement pop-ups/pop-unders and banner spots on the logout page,” says Ruel. “That showed almost no decline in members and coins revenue in our extensive tests. And it’s a piece of cake for tech guys to implement it. If you don’t at least test it, you must have too much money already or don’t care about your business”

TrafficPartner.com will be taking the topic on tour throughout Europe immediately. One of their stops is in early September at XBIZ.com’s expo in Berlin (September 11th-14th, 2017). Furthermore the team is already hyped to discuss the given potential with interested advertisers and publishers at the Webmaster Access Amsterdam, dmexco Cologne and The European Summit Prague.

All dates are available on their social media channels, Twitter @Traffic_Partner and Facebook @TrafficPartner as well as their main online presence, www.TrafficPartner.com.