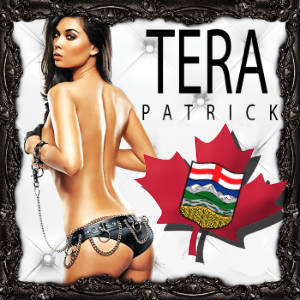 Consequently, Patrick has deployed a lightning-strike heat-and-run tour of Alberta, Canada across three cities  this week, starting at the Showgirls Gentlemen’s Club in Fort McMurray, AB,  followed by Diamonds in Grand Prairie, and climaxing in the chilly province at the Eden in Edmonton.

Her Showgirls appearance in Fort McMurray actually began yesterday, Tuesday the 25th, and repeats tonight, Wednesday April 26th. Patrick skips Thursday to prepare for her feature shows at the Grand Prairie Diamond’s club on Friday April 28th, and Saturday April 29th, leading up to her topper at the Eden in Edmonton on Tuesday May 2nd, 2017.

Patrick will be performing two shows nightly and of course mingling with guests and customers, pausing for photos and special lap dances along the way.

Showgirls Exotic Nightclub has been first in Fort McMurray’s nightlife since the year 2000 and is located at 8124 Franklin Ave. in the city (780-743-8506 or click www.showgirls.ca/sgfm/sgfm.html).

For more information or to book Tera Patrick to headline on stage at your gentlemen’s club please contact Centerfold Features at CenterFoldStrips.com or direct at 1-877-427-8747.

Online: webmasters should sign up for the FameDollars.com affiliate program to promote Patrick’s own TeraPatrick.com home site.