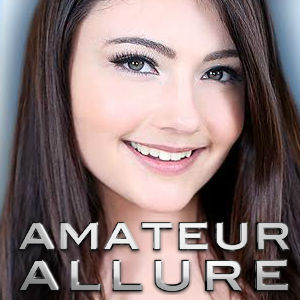 Amateur Allure has had a stellar year and received a total of eight AVN Awards nominations for content that appears on their multiple sites and DVDs distributed through Jules Jordan Video. Ray Dark’s stellar work was also recognized with a Best Web Director nomination for the 4th year in a row.

“I was so excited when I found out that Amateur Allure won two awards!” says Adria Rae, cover model for Amateur POV Auditions 26.

“I absolutely love shooting for them. They have always believed in me and made me feel like a princess on set! It’s an overwhelming feeling knowing that I could be a part of such an amazing series and win!”

“I was at the ceremony and was ecstatic that we won two awards this year!” says Director Ray Dark. “Thank you, AVN, for recognizing our hard work, stunning models and their performances, and my directing abilities. We’re truly honored.”

“Not only did we get more nominations, but we also had more wins than any year prior,” says Amateur Allure owner, Thomas. “This lets us know we’re doing something right and our product is getting better and better.”

Keep up with everything Amateur Allure by following them on Twitter @amateurallure and Instagram @official_amateur_allure. Get a glimpse into their world by checking out their Snapchat (sc: amateurallure) and their Periscope @AmateurAllure.

All media requests should be directed to Erika Icon of The Rub PR at erika@therubpr.com.

In 2015, he helped launch SwallowSalon.com as a producer/director. Ray was nominated for Best Web Director at the AVN Awards for 2014 through 2017 and the Swallow Salon site has been recognized with a 2016 and 2017 AVN Award nominations for Best Oral Sex Scene.

All media requests should be directed to Erika Icon of The Rub PR at erika@therubpr.com.