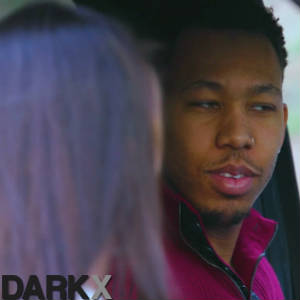 (Los Angeles, CA) March 12, 2017 – Ricky Johnson is about to get out of the friend zone in his latest DarkX.com scene with Ziggy Star.

Star and Johnson have been friends since they were kids, but that’s all about to change. In “More Than a Friend” directed by James Avalon, Ziggy lets the viewers know that she has vivid sexual fantasies about Johnson. And today is the day she’s going to do something about it. After he gives her a ride home, she invites him in, asks him how he feels about her, and then she pushes herself against him. From there on, it gets very aggressive and hot. So much for being platonic friends.

“Ziggy and I definitely had real chemistry and we’re friends in real life, so it’s kind of like art imitated real life with our scene together,” says Johnson. “Both scenes I’ve done for DarkX this year have been incredible, and I can’t wait to do more.”

Watch the trailer and the scene at http://www.darkx.com/en/scene/More-Than-A-Friend-Scene-01/123237. Members of DarkX should make sure to give the scene a thumbs-up so it stays at its current 99% approval rating. And if you missed Johnson very first DarkX scene with Lyra Law, definitely check it out at http://www.darkx.com/en/scene/A-Nice-Family-Dinner-Scene-01/121760.

Webmasters can promote DarkX and AVN Awards winner Johnson by signing up for the BlazingBucks affiliate program.