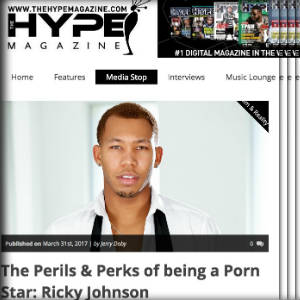 Read the article in its entirety at http://www.thehypemagazine.com/2017/03/the-perils-perks-of-being-a-porn-star-ricky-johnson/.