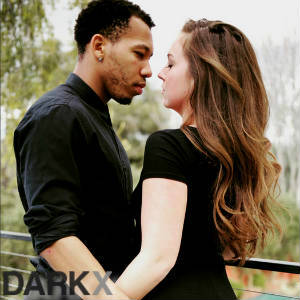 (Los Angeles, CA) April 12, 2017 – Ricky Johnson has another new scene on DarkX.com, and this time it’s with girl-next-door and sexual dynamo Maddy O’Reilly.

In Love Me Tender, O’Reilly and Johnson head back to his house. O’Reilly is amazed at how big Johnson’s house is and asks if it’s really his. But, she’s even more floored at how big his cock is, after she drags him into the bedroom. This is Johnson’s fifth scene for the popular interracial site and all his scenes have scored 95% to 100% approval ratings. Watch the trailer and the scene at http://www.darkx.com/en/scene/Love-Me-Tender-Scene-01/123866.

“Working with Maddy was amazing – she’s really sweet and we had insane chemistry,” says Johnson. “If you enjoy the scene and you’re a member of DarkX, definitely give it a thumbs-up. And, if you’re not a member, what are you waiting for?”

Promoting Johnson’s growing body of work with DarkX for profit is possible by signing up with the BlazingBucks.com webmaster program; the Adam & Eve affiliate program allows its members to earn cash from sales of everything from original movies to sex toys and even lingerie.