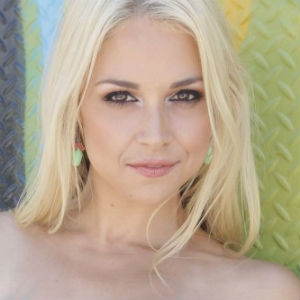 Hosted by website IAFD.com (the Internet Adult Film Database), the 7th Annual Spank Bank Awards are the brainchild of Gabriel Lan. Sarah was acknowledged for her oral skills that led her to be crowned at Ms Throated 2016, her insane anatomy, her work ethic, feature dancing skills, and much more.

These are her nominations:

“I’m honored to have received so many nominations and to be recognized for my skills, body, hard work, and pole skills,” says Vandella. “Thank you, IAFD and Gabriel. I’m up against some stiff competition, but I hope to take home one or more of these babies!”

To view all the nominations, go to http://blog.iafd.com/tag/awards-2017/. The winners should be announced within the next week.

Vandella’s own home site, SarahVandella.com, can be promoted by signing up with the PremiumCash.com affiliate program.