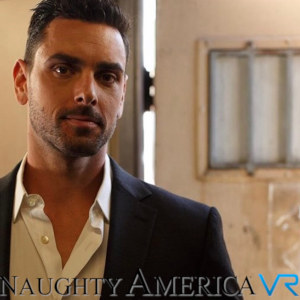 (Hollywood, CA) December 27, 2018 – Award-winning leading man Ryan Driller has two new VR scenes on Naughty America, with some of the hottest women in adult. If you’re not a member of Naughty America, you’re going to want to be to indulge in these exclusive scenes.

In ‘Abella Danger: a Virtual Reality Experience’, Abella is smoking hot and ready for danger. Ryan is lucky enough to be alone with her. Her sexy black lingerie and heels make Ryan rock hard, Abella is going to tease Ryan for a while. She gives him some foot action before a mind-blowing BJ and they fuck all over the place. Check out the trailer and scene at Abella Danger Loves Fucking You.

“Filming VR is like nothing else – all you see is my body (and not my face), but I’m enjoying every second of every VR scene,” says Driller. “Viewers can feel like they’re in the scene, but I’m actually living the dream as one of the luckiest stunt cocks in the world.”

Webmasters can turn the current uptrends in VR and Driller by signing up with the Naughty Revenue Affiliate program.