Sexually Broken Is Back With “Resurgence” 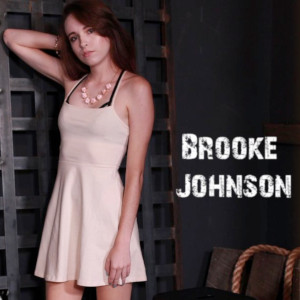 “I was really disappointed to hear that the site had been archived and no more sets were being produced,” says Staar. “After visiting the farm for my episode of Infernal Restraints, the opportunity of a life time fell into my lap when I was asked by Insex to direct a pilot set for the upcoming return of Sexually Broken. I am so honored to have been given the chance to direct for one of my favorite sites and I am very excited for the fans to see the results of everyone’s hard work on this set.”

Returning on a trial basis only, the fate of Sexually Broken is exclusively in the hands of the fans. Their enthusiasm around Resurgence will be what ultimately determines the future of the franchise. To peak their interest, fans can watch the trailer at http://www.sexuallybroken.com/sexual/bondage/trailer.php?y=2018&p=10_17bjohnson&u=SexuallyBroken–Resurgence.

“I was put into crazy positions and pushed harder as a performer than I have ever been pushed before,” recalls Resurgence star Brooke Johnson. “After each scene I was tired, sore, and on my way to becoming completely comatose. It was so intense; the fans are going to flip.”

Join the site as a member for unlimited access to downloading and streaming. Sets are also available individually on demand. The videos are high resolution MP4s and play on all devices, including PC, iPad, iPhone, and Android. Resurgence can be watched today at http://www.sexuallybroken.com.

All business, media, and talent inquiries related to Sexually Broken should be directed to Stephie Staar at mypinkdink@gmail.com.

Webmasters can enjoy the pain of profits by joining the KinksterCash affiliate program.

Intersec Interactive Inc which includes Sexually Broken, has been producing original extreme rope bondage since 1997. It is your source for Inescapable Bondage, Brutal Bondage Sex and Devastating Orgasms. Find out more about Sexually Broken at http://www.sexuallybroken.com and follow them on Twitter at @Sexually_Broken.

With only two short years in the adult entertainment industry, Stephie Staar has appeared in numerous scenes for well-known studios such as Nubiles, Girls Gone Wild, Yanks, Real Time Bondage, Infernal Restraints, Hard Tied and more. She has proven herself in front of the camera and is excited for her directorial debut behind the camera.