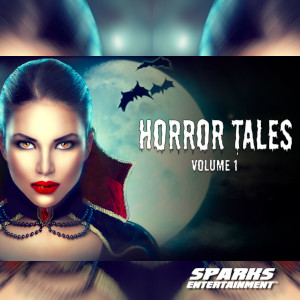 (Hollywood, CA) April 13, 2019 – Sparks Entertainment has released Horror Tales: Volume 1 on HD – the title is a double feature of The Vampire Mistress and Rotkäppchen: The Blood of Red Riding Hood and available exclusively on Vimeo on Demand.

Horror Tales: Volume 1 is available on Vimeo: https://vimeo.com/ondemand/179438. The double feature can be purchased for $3.99 for streaming or yours to own and stream anytime for $10.99. It has a running time of two hours and five minutes and can be streamed on iOS, Android, Apple TV, Roku, and Chromecast. Try before you buy and check out the trailer for free on the same page.

Sparks Entertainment is the brainchild of avant-garde, award-winning mainstream and adult director, producer, and editor Harry Sparks. The studio is known for their adult/erotic horror, fantasy, and science fiction. East Coaster Sparks developed his craft studying film and video production at Florida Metropolitan University, International Academy of Design and Technology-Orlando, Academy of Art University in San Francisco, and UCLA Extension.

In 2006, he released short film A Night to Dismember that debuted on IFC’s Media Lab Uploaded, and followed it up short films, No Walk in the Park, You Don’t Know Jack, and The Apartment Above. Shenandoah, his short about global warming, received a 2007 Broadband Emmy Award. All Hallows’ Eve and Rotkappchen: The Blood of Red Riding Hood also received critical acclaim.

To interview Harry Sparks or the cast, contact Erika Icon of The Rub PR at erika@therubpr.com.