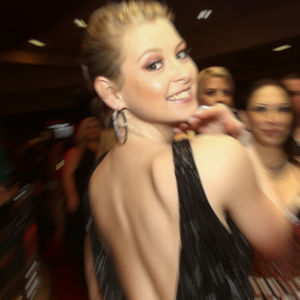 Lane has been attending the AEE Show all week, and will walk the red carpet and AVN Awards Show tonight where she plans to party up the Hall of Fame induction with fans and industry.

“I am stunned. I was literally at dinner when I found out and I was over the moon,” said Lane. “It’s amazing to be in the history books with the best of the best in adult. Thanks to my loyal legion of fans who have stuck with me through thick and thin. Without them I wouldn’t be here today.

“I have immense gratitude to the industry who gave me so many opportunities to shine… to everyone who helped me on my journey. No one is unnoticed. I am looking forward to spreading more Sunshine and making more magic in 2020 and beyond.”

While the induction often comes at a career point that is its summit or even sunset, Lane considers it a re-birth.

“I really feel my journey is actually re-energized by this Hall of Fame Award,” said Lane. “I am creating and producing new content and exploring new platforms as we speak. My fans can reach me now easier than ever and I love connecting with them.”

Lane burst onto the adult scene in 2005 after she appeared on Playboy Radio & TV, and HBO’s Cathouse. She has starred in over 200 productions and is a Nightmoves Hall of Fame recipient. Lane’s famous derrière was immortalized in the 2013 Hollywood blockbuster Don Jon, starring Joseph Gordon-Levitt & Scarlett Johansson. Lane’s mainstream movie Naked Ambition streams on Netflix.

“I had a feeling that 2020 was going to be epic,” said Lane. “I had no idea that this was going to happen. Thanks AVN for recognizing me. I am proud to accept the award and I can’t wait to see everyone… in Las Vegas! It will be one long celebratory Hall of Fame party! I’ve attended almost every single AEE Show for 14 years. I have a feeling this is going to be the most special one yet!”

Fans who cannot make it to Vegas are invited to cam with Sunny at her Official Site, where she is live on cam most Thursday nights.

Affiliates can cash in on the Hall of Famer by joining the Vicky Vette-vetted cash program, Sticky Dollars.