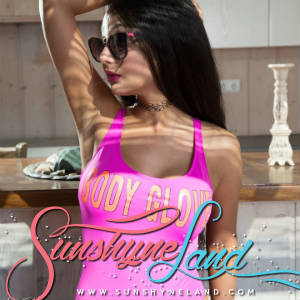 (Hollywood, CA) May 10, 2017 – Smoking hot, bubbly TS performer Sunshyne Monroe knows how to seal the deal and her new scene on her SMC website SunshyneLand.com proves that.

In “Sunshyne Closes the Deal with Hard Fucking”, she strikes a hard bargain with male performer Chad Diamond. He comes to her house to seal the deal and she ends up taking charge and topping him. This and all her recent updates are lilsted and previewed at http://www.sunshyneland.com/nctour/. Monroe’s site has two brand new scenes weekly that include solos and scenes with male talent and other TS performers.

“My new scene with Chad is very, very sexy – we had great chemistry and he was really turned on at how much I took charge,” says Monroe. “If you’re not a member of my site, you should join now to not only see this scene, but exciting scenes that will be posted soon.”

To advance her brand and take her career to new heights, Monroe has hired The Rub PR.

Webmasters with traffic they think can generate profit from SynshyneLand and other trans sites should join the SMC Revenue affiliate program.

There are many adjectives to describe Sunshyne Monroe including sweet, sexy, cute, charming, and adorable. Monroe’s known for her smoking hot body and even hotter scenes, and of course her amazing smile.

In six years, she’s grown her SMC site SunshyneLand.com to epic proportions, in addition to working with major studios Devil’s Film, Evil Angel, Trans 500, Mancini Productions, Kink.com, and Grooby. In 2016, her long-awaited showcase film The Adventures of Sunshyne: The Body #1 was released and was a hit with fans and critics. Sunshyne has received multiple AVN nominations for Transsexual Performer of the Year, Fan Awards, and Best Transsexual Sex Scene for her showcase. She’s a favorite of the Transgender Erotica Awards (TEAs) and has scored over half a dozen nominations for Best Hardcore Model, Best Solo Model, Best Solo Website, Best Solo Performer, and Best DVD.

Prior to entering adult, Monroe shot to popularity from her YouTube videos and is still beloved by her fans, whom she’s very dedicated to. She’s a talented feature dancer and presenter who has appeared in NYC’s Evolve Lounge and Tranny Strip and not once but twice graced the cover of Transformation Magazine.

Keep up with everything in Monroe’s world by following her “adult” @Sunshyneland and SFW @SunshyneWorldTG Twitter accounts, see her life in pictures on IG @SunshyneWorld, and glimpse into her world on Snapcat at SunshyneWorld. Subscribe to her YouTube Channel https://www.youtube.com/user/PortugueseTranny and shop her online store http://www.clubsunshyne.com.

To interview Monroe for your site, publication, or show, or to book her for mainstream projects, contact Erika Icon of The Rub PR at erika@therubpr.com.

Get Sunshyne on your set by booking her directly via email at booksunshyne@yahoo.com.