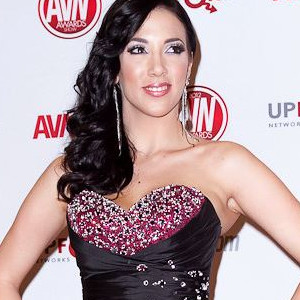 (Los Angeles, CA) January 22, 2020 – Adult Superstar & Penthouse Pet @JelenaJensen was thrilled to hear of her induction last week into the AVN Hall of Fame, class of 2020. Jensen still maintains her Offical Site, JelenaJensen.com, and her ManyVids, so that content is available for fans. She stepped away from performing and featuring about two years ago.

“I put my heart and soul into performing, whether on film or on stage when I was active in the adult industry,” said Jensen, which she noted was from about 2003-2018. “It was something that I was passionate about so that fans got the best performance possible.

“I am grateful to AVN and the industry for recognizing all of that hard work with a Hall of Fame Award. It’s certainly an accomplishment that I am thankful for. While I am now living a life away from the bright lights of the industry it’s something that I am proud of. Thank you!”

Jensen got her start in adult in 2003 with a Club Magazine spread. Among other things, she went on to become a Penthouse Pet (March 2010), appeared in over a dozen issues of Playboy’s Special Editions, hosted Playboy TV’s Totally Busted and made a mainstream appearance in the horror movie Bad Biology. Jensen won the 2010 XBIZ Award for Web Babe of the Year and the 2013 AVN Award for Best Solo Girl Website. She webmastered her own Official Site for over 10 years until partnering with Vicky Vette’s (VNA) VNAGirls.com Network. She finished her career off by being crowned the 2017 Girlsway Girl of the Year.