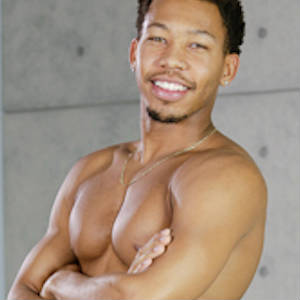 In DarkX’s “My Best Friend’s Girl”, Johnson lets friend Isiah Maxwell and his girlfriend Cadence Lux stay at his place. They’ve worn out their welcome and Johnson is ready to tell them, but then everything changes. Johnson finds Cadence in the shower with two giant black toys, and decides to give her some real BBC. Directed by James Avalon, the trailer and scene can both be viewed at https://www.darkx.com/en/video/My-Best-Friends-Girlfriend/127482.

Johnson is also part of the star-studded cast of Wicked’s Jessica Drake Is Wicked. The film is about Drake living out her fantasies. Johnson, Rob Piper, Isiah Maxwell and Dirk Huge are her first blowbang, which takes place in the boardroom and has Drake crawling across a giant table in a conference room in her suit and tie. The film is out now on DVD and VOD. Watch the trailer at https://www.adultempire.com/1932728/jessica-drake-is-wicked-porn-movies.html?qs=Jessica%20Drake%20Is%20Wicked.

“My DarkX scene has only been up a few days but have over a 90% approval rating—if you’re not a member, now is the time to join and give my scene a thumbs-up,” says Johnson. “I was honored to be part of Jessica’s first blowbang and to be involved in such an amazing project. There are so many incredible performances in the showcase, and it’s a must-have for any adult collector.”

Johnson is a DarkX regular and has much content to promote on top of his new scene, which webmasters can avail themselves of by signing up at BlazingBucks.com. Jessica Drake Is Wicked can be ordered at AdultEmpire and promoted via their AdultEmpireCash.com affiliate program.