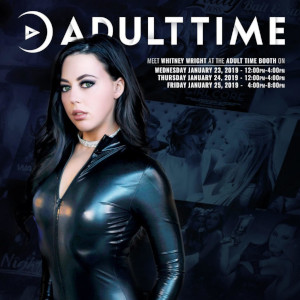 “I’ve been so lucky to be able to collaborate with great people who make my job fun and fulfilling, and have amazing fans that support my work… 2019 may be my best year yet!”

The star of more than 60 adult films for the industry’s top studios and content sites, launched her onscreen career in September 2016 after pursuing an education in the medical/nursing field and feature dancing at clubs in her native Oklahoma City. The shift in professions has so far paid off, and Whitney has quickly built a solid fan base and respected status amongst her industry peers, earning a Best New Starlet AVN Award nomination for 2018. “This business has been a whirlwind of excitement and opportunities,” says Whitney. “I’m just enjoying the ride.”