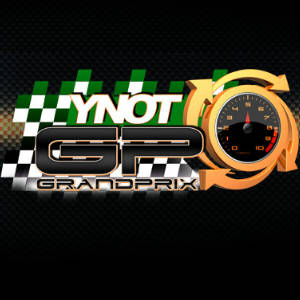 (Prague, Czech Republic) Aug. 31, 2017 – Drivers in YNOT Grand Prix‘s final 2017 race have extra incentive to put the pedal to the metal: Placements at the end of the event will determine who takes the season’s purse of $1,000 in cold, hard cash. The grand prize will be awarded on-stage Sept. 15 during the seventh annual YNOT Awards ceremony.

At every stop on the circuit, drivers who make the cut for the final race – called a death match because the competition is cutthroat – were awarded points based on their place in the pack. First place grabbed 10 points, second place snatched eight, third got six, fourth through sixth places took four, and the remainder of the pack received three points apiece. At the end of the final event, point totals will be tallied to determine the grand prize winner.

The field is tight heading into the season closer. Jorgen from PlugRush leads with 11 points. Alin from My Secret Studio, Tilman from Lazeeva and Chris Alex from Way3 are hot on his bumper with 10 points each. Frank from Kiiroo and Funk from InternetQ have earned eight points. At this point, it’s anybody’s game.

“This is going to be a helluva spectacle,” said YNOT Group LLC co-owner and race honcho Jay Kopita. “Jorgen has been among the top drivers for several years. He’s fierce. I hear the other competitors are honing their killer instincts.”

The eighth season will come to an end Sept. 14 at Kart Centrum, the most challenging track on the circuit. At nearly one kilometer, it’s also the longest in Europe. The old glasshouse that houses the monster provides excellent lighting for 30 twists and turns.

Complimentary transportation to the venue will leave The European Summit‘s host hotel at 5:30 p.m. and 5:45 p.m. Food and drinks will be served trackside thanks to the largesse of sponsors JuicyAds, BongaCash, Studio 20, Traffic Mansion and International Processing Solution.

Busses will return drivers and spectators to the hotel beginning at 8 p.m., so participants will have plenty of time to join other official opening events at the summit.

“The European Summit has hosted YNOT Grand Prix races since the very first in 2010,” said Kopita. “Every year, the event attracts more drivers and spectators, and every year brings crashes and pileups. The action really shouldn’t be missed.”

YNOT Grand Prix’s ninth season will take to the track next spring at The European Summit’s new location: Lisbon, Portugal. To inquire about sponsorship opportunities, email Kopita or Skype him at LAJConsulting.