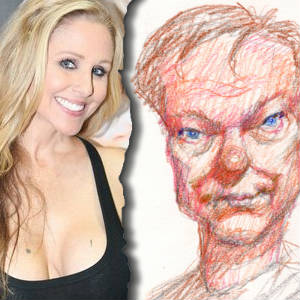 Julia Ann is celebrating her October pictorial spread in Penthouse Magazine this month. Plympton’s illustrations and cartoons have been published in Penthouse as well as the New York Times, The Village Voice, Vogue, Rolling Stone, Vanity Fair & National Lampoon.

“I am super excited to go to Comicon and thank Penthouse for the opportunity to appear with Bill,” said Julia Ann. “It’s always great to go to New York and to do mainstream appearances. I hear the convention is going to be quite an event with the entire casts of projects like The Walking Dead, Gotham and Marvel’s DareDevil scheduled to appear. I hope some of my fans come out to see me while I am at the event.”

“If you miss me this weekend, I will be going to New Jersey Exxxotica November 7 to 9,” says Ann. “You can also meet me at my member shows at my official site JuliaAnnLive.com where I am live almost every week for members.”