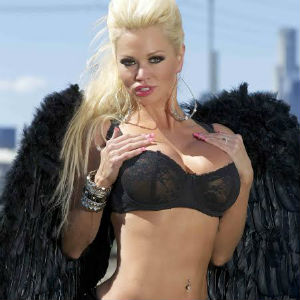 “This was a fun interview and I think my fans will really feel like they know me after they read it,” says Von James. “I’m really pleased with how it turned out and hope my fans will go out and buy it.”

Pick up the issue at your local newsstand or adult shop, or go online and get the current issue or a subscription at http://www.newsstand.co.uk/102-General-Adult-Magazines/1025-Subscribe-to-CLUB-INTERNATIONAL-Magazine-Subscription.aspx.

Webmasters interested in promoting NikitaVonJames.com, which recently relaunched through the PUBA network of adult stars, should join affiliate program PUBACash.

To interview Von James for your site or publication, contact Erika Icon of The Rub PR at erika@therubpr.com.

Although she comes from Siberia, one of the coldest places on earth, Nikita Von James has warmed the hearts of fans the world over with her sexy Russian accent, long blonde tresses, piercing hazel eyes, amazing breasts and drop-dead curves. Her name Nikita comes from her Russian heritage, Von is a tribute to Von Dutch and James was inspired by the sexy, classy, yet dangerous James Bond.

Von James is also quite the businesswoman – she earned a degree in economics in Russia and is now working toward a business degree in between her busy filming schedule. For more Nikita, join her official PUBA site, NikitaVanJames.com, and follow her adventures on Twitter at @nikitavonjames and Instagram @TheRealNikitaVonJames.