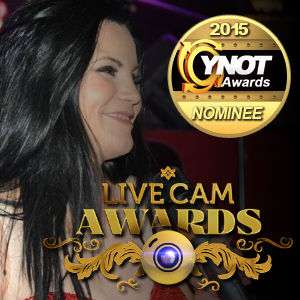 (Barcelona, Spain) – The second annual edition of The Live Cam Awards has been announced and is set to take place March 1, 2016.

The first-ever award show dedicated to the live cam industry comes back to Finca Mas Solers, Barcelona, during The European Summit 2016.

After the first edition’s success, with an overwhelming participation and huge support from the live cam industry, the second edition of LCA aims to reward the talents and hard work of cam models, live cam studios and online adult entertainment companies, covering all live cam models categories, as well as adjacent domains.

Alexandra Georgia, a webcam model herself with over 8 years of experience, is not just the founder of LCA but also self-handled the event, achieving a Businesswoman of the Year nomination at the 5th YNOT Awards gala, to be held on September 23rd 2015 in Prague. The Live Cam Awards project was also nominated as Best Newcomer at the YNOT Awards, as well as Best New Company at the CyberSocket Web Awards 2016 to be held in Los Angeles next year.

“I am thankful for the recognition that the industry gave us just after the first edition,” said Georgia. “As well for the huge support that Live Cam Awards received from the biggest players in the industry, cam studios and cam companies. Thank you all for making Live Cam Awards a huge success!”

More sponsors are to be announced this week.

Nominations are expected to begin soon.