Adult Superstar Vicky Vette Nominated For Businesswoman Of The Year 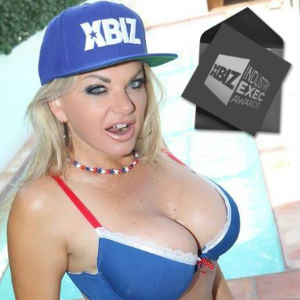 Adult Superstar and internet phenom Vicky Vette is proud to announce she has been nominated for the second time ever as Businesswoman of the Year by the XBIZ Executive Awards, to be held January 10, 2017.

The Awards ceremony is held during the XBIZ Show in Los Angeles, which takes place January 9-13, 2017.

The full list of nominees and link to vote can be found at XBIZ.net.

Vette is the only female in adult to currently independently run a website network without any corporate partners. She owns and operates the VNAGirls.com network for stars such as Julia Ann, Jelena Jensen, Penny Pax, Nikki Benz, Sunny Lane, Sophie Dee, Carmen Valentina and more. Among other things, this year has seen the launch of official sites for Penny Pax and Kimber Lee as well as partnerships with Rubberdoll, Rebekah Dee and more.

The VNAGirls.com network has now grown by 8 sites since this time last year. She also operates a membership site cam circle platform for solo girls – VNALive.com – which is used by 60+ girls with solo sites around the world and just celebrated 10,000 membership shows.

Vette still shoots and performs for her popular Official Site – Vickyathome.com. She has a toy deal with Doc Johnson which is releasing a new toy for her before the end of this year. Vicky attends all the major adult shows including Exxxotica, AVN, the XBIZ Summits and is a contributor on XBIZ.net.

“It’s amazing to be considered with the other amazing ladies nominated for business awards,” Vette said. “I am proud the VNA Network is celebrating another banner year. 10,000 member shows, 28 sites, 8000 videos and consistent growth.

Vicky Vette is a two-time XBIZ Webstar of the Year (2012 and 2013), Miss Freeones 2012 & Hall of Fame recipient from Nightmoves. She won the 2014 AVN for Best Solo Girl Website and 2014 XBIZ Award for Best Performer Website. She is still one of the most followed adult stars on twitter/instagram with 750k/650k followers.