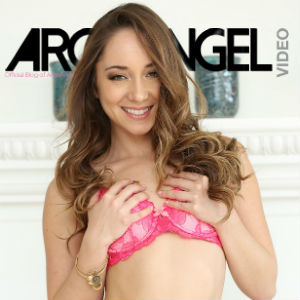 (Chatsworth, CA) Less than three months ago, ArchAngel signed Remy LaCroix to an exclusive six-month contract and she filmed a handful of scenes. As of this last Monday, April 20th, ArchAngel has severed their relationship with Remy due to creative differences.

“We’re parting ways with Remy, but there’s no bad feelings,” says Owner Gabe Guzman. “Despite the fact we have irreconcilable differences, we appreciate the time Remy spent with us. It’s unfortunate, but we feel it’s better to part ways and not waste anyone’s time. At ArchAngel, we’re a team that works well together and everyone is equal. Remy didn’t fit that mold, so we’re walking away.”

“As a former performer, I have to say I understand the decision,” says Director Tori Black. “Any girl willing to put her company in a bad light deserves a release from her contract. Thank you to the fans that love and support us. Archangel is a family.”

“I’m very sad my partner in crime will no longer be joining us, but I understand that even though we are a tight knit family, not everybody gets along. I wish her well,” says ArchAngel Contract Star Jada Stevens.

“ArchAngel is still a young company and my focus is to continue to grow our brand the best way possible,” says General Manager and Director MimeFreak. “Going forward, we will have another signing that we’ll be announcing soon.”