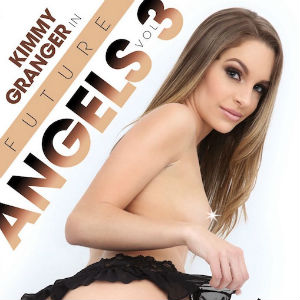 (Chatsworth, CA) ArchAngel’s futuristic series Future Angels is back with a crop of new angels ready to spread their wings and reach super stardom. Past installments of the popular series have been great predictors for talent who have gone on to be big names in adult.

“It’s important to try to find a new starlet that the fans will be excited about,” says General Manager and Director MimeFreak. “There’s nothing like seeing new starlets that are up for the challenge in finding a path to stardom in the adult industry. These are a few gems we gave the title Future Angel to. Hopefully, we will see these angels bloom into something special.”

Webmasters can promote Future Angels, past and present, including the new title, at Archangel Video’s official affilliate program ArchAngelDollars.

With just a year in business, Archangel has changed the face of the industry. They have brought back showcasing of girls and bold solo covers. Their scenes feature hot sex with a twist and are artfully shot. They dubbed Jada Stevens the first Booty Queen and she named AJ Applegate as her successor.

Their official pay site launched in 2015 and their blog can be followed at Archangel Video Blog. Go behind the scenes by reading Mime Freak’s TheMimeFreak. Keep up with everything ArchAngel by following them on Twitter at @arch_angel_xxx and Instagram at @archangel_video and liking Archangel Productions’ Facebook page.

All media requests for ArchAngel Productions should be directed to Erika Icon aterika@therubpr.com.