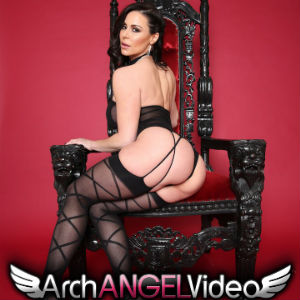 (Chatsworth, CA) March 22, 2017 – Last week, Kendra Lust’s first DP ever went live on the ArchAngel site and almost broke the Internet. This week, Kendra and ArchAngel are getting ready for the release of Kendra’s showcase The Booty Queen 3 on April 7th.

To thank their loyal fans, ArchAngel is doing a Booty Queen 3 Contest. Lust announced the contest on Twitter yesterday. It will run March 21st through April 3rd, and Lust herself will draw all three winners, who will be announced by April 7th and posted on Twitter and the ArchAngel blog.

Fans get one entry just for being loyal and two additional entries for being a current member of ArchAngel’s pay site ArchAngelVideo.com. To enter the contest, fans must email bootyqueen3contest@gmail.com.

The prizes are amazing and a dream come true for Lust’s fans.

Contest details can be found on ArchAngel’s blog. ArchAngel will verify entries for being a member of their site. Entrants must be a current member in good standing. If they’re not currently a member, fans can join and then put two more entries into the contest.

“We want to thank all the fans for their loyalty and members of our site,” says General Manager and Director MimeFreak. “The prizes are incredible. If you’re not a member of our site, now is the time to join to see Kendra’s first DP and get an extra two entries into the contest.”

Webmasters can profit from The Booty Queen 3 & contest, as well as all the other Lust material at Archangel Video (and much more!), by becoming affiliates at ArchangelDollars.com.