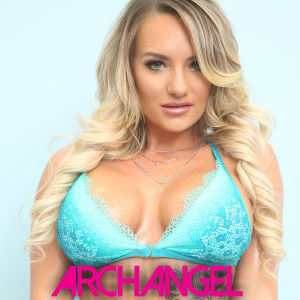 (Chatsworth, CA) Archangel has signed a brand new Contract Star, and it’s busty, blonde blue-eyed California Girl Cali Carter. She will be contracted for six months with ArchAngel for an exclusive on all her interracial scenes.

“I’m beyond honored to be the next contract girl for ArchAngel,” says Carter. “This is something I have been waiting patiently for the last 3 years, and I could not be happier to represent ArchAngel as the newest Contract Star.”

Webmasters can promote all Archangel Video content by signing up with their affiliate program, ArchangelDollars.com.

With more than two years in the business, Archangel has changed the face of the industry. They have brought back showcasing of girls and bold solo covers. Their scenes feature hot sex with a twist and are artfully shot. They dubbed Jada Stevens the first Booty Queen and she named AJ Applegate as her successor who reigned until this year, 2017, when Kendra Lust was crowned Booty Queen. Cali Carter is their new Contract Star and will be doing IR exclusively for ArchAngel.

Directors MimeFreak, Kendra Lust, and Losdee are the key Archangel film vision-makers. The studio and their directors have garnered numerous AVN, XBIZ and XRCO nominations. In 2016, they nabbed three coveted XBIZ Awards for Best New Studio, Director of the Year – Non-Feature Release, and Gonzo Series of the Year for The Booty Movie, and in 2017 stole the win for Performer Showcase of Year for AJ Applegate’s The Booty Queen 2.

Their official pay site ArchangelVideo.com launched in 2015 and their blog can be seen at ArchangelBlog.com. Go behind the scenes by reading Mime Freak’s blog, TheMimeFreak.com. Keep up with everything ArchAngel by following them on Twitter @arch_angel_xxx and Instagram @archangel_video and liking the studio’s Facebook page https://www.facebook.com/ArchAngelVideo.

All media requests for ArchAngel Productions should be directed to Erika Icon at erika@therubpr.com.

No spam, notifications only about new products, updates.
PrevPreviousCrakRevenue Challenges Affiliates This December
NextBobbi Dylan & Her Family Get Extra FriendlyNext
On Key