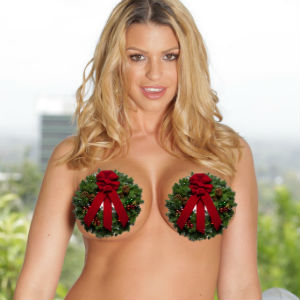 Watch the historic scene at http://www.brazzers.com/scenes/view/id/10351/nice-nylons/.

Chase also has a new scene for Naughty America. “Caught Staring! At My Girlfriend’s Busty Friend” is a Brooklyn Chase experience like no other. Shot in VR, Chase is paired with Chad White. She stops by to visit Chad’s girl who is out, and he lets Brooklyn hang out until she gets home. She catches Chad staring at her luscious tits and rips her top off to give him more than a peek. See the scene at http://tour.naughtyamerica.com/scene/brooklyn-chase-22103?nats=4.4.8.8.1169.0.0.0.0.

No spam, notifications only about new products, updates.
PrevPreviousArchAngel Gives Fans a Gift to Unwrap This Xmas
NextAirerose Entertainment Releases Love to LickNext
On Key