ArchAngel Gives Fans a Gift to Unwrap This Xmas 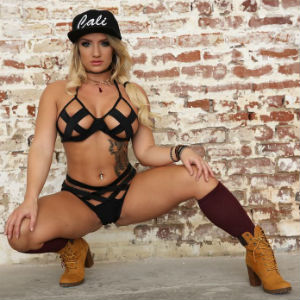 (Chatsworth, CA) ArchAngel is giving their fans and members of their site ArchangelVideo.com a very special gift to unwrap this Christmas. On Sunday, December 25th, they will be treated to ArchAngel’s Newest Contract Star Cali Carter’s very 1st interracial scene, which will be exclusive to the site, until it appears next year on Cali’s ArchAngel showcase.

Before the scene was filmed,director MimeFreak and the petite tatted star reached out to fans to inquire about the money shot. To see what pop shot got the winning vote, fans will need to watch the scene. Carter is paired with veteran male talent Prince Yahshua for a scene so smoking hot you will want to watch it over and over. After the scene has premiered, look for exclusive behind the scenes footage and photos to also make their debut on the site.

“There’s so much that I would love to say about my first interracial scene,” says Carter.

“This is something that I have been waiting very patiently for the last three years of my career to open up to my fans. I waited this long because it’s something that I wanted to be remembered forever. I’m beyond blessed ArchAngel had offered me this contract and my own showcase.

“For my 1st interracial scene, I had so much input on how I wanted it to look and who was my talent! MimeFreak did a phenomenal job creating how I wanted the scene to look. From talent to wardrobe to makeup and location, I couldn’t have asked for a better scene. We were even able to include fans on how they wanted the pop shot to be, which is something no one else does. This scene wasn’t just about me, but it was also about my fans, and giving them something they’ll always remember and want. I am very excited about the release date being Christmas – it’s the best Christmas present that I can get to my fans. Merry Christmas!”

“It’s not every day that you meet someone like Cali Carter,” says General Manager and Director MimeFreak. “From the first time I met Cali, she’s remained the same – fun, sweet and professional. It’s an honor to not only have her shoot her 1st IR with ArchAngel, but also a whole showcase of firsts. We’re excited for fans to see this upcoming showcase.”

Webmasters can promote and profit from the unique content by joining the ArchAngelDollars affiliate program.