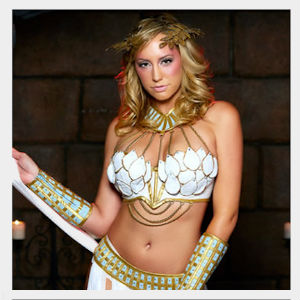 (Hollywood, CA) Curvy blonde girl-next-door Brett Rossi is one of the stars of Digital Playground‘s Quest. The original movie revolves around playing a board game and role playing, and is now available on DVD.

“This movie was a blast to make and I’m glad it’s come to DVD, so my fans have other options to see it,” says Rossi. “The movie is definitely worth owning and adding to your collections – it’s something you’ll watch over and over.”

Watch the trailer at http://www.digitalplayground.com/movies/trailer/531942/quest/. The DVD includes lots of extras including bonus trailers, a photo gallery, and behind the scenes featurette. It’s available at your local adult store or favorite online retailer, including Adult Empire and Gamelink.

Webmasters interested in cashing in on Digital Playground titles should sign up for the mega-affiliate program AdultForce.

Club Owners and Managers can book Brett Rossi for feature dancing through A-List Features by emailing Dave Michaels at dave@alistfeatures.com or 727.367.1002.

Brett Rossi is available exclusively through OC Modeling. Get her on your set by contacting Sandra at 818.298.6939 or Sandra@ocmodeling.com.